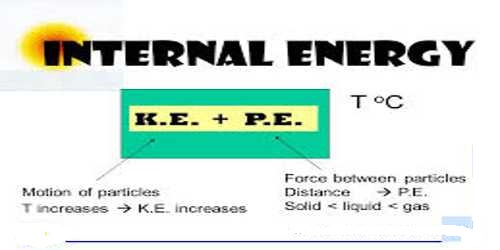 Internal Energy: Energy which remains hidden or latent in a system that becomes evident in environmental condition is called internal energy. When the temperature is applied to a system, internal energy increases. This is the energy accumulated in a system at the molecular stage. The System’s Thermal Energy -the Kinetic Energy of the atoms due to their random motion relative to the Center of Mass plus the binding energy (Potential Energy) that holds the atoms jointly in terms of atomic bonds. 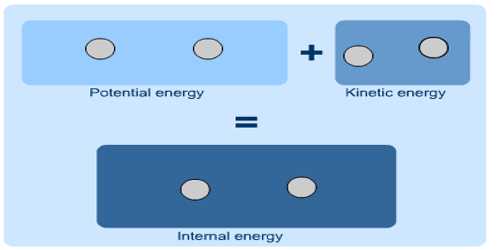 Scientist Joule first established the relationship between work and heat and expressed the relation in terms of a law. By using first law of thermodynamics work done in the system, internal energy can be determined. It is called Joule’s Law. Internal energy is a wide property—that is, its magnitude depends on the amount of matter in a given state. Its value generally is calculated with reference to some standard state quite than being expressed in fixed terms.

Conditions and Characteristics of Isothermal Changes