Home Physics How Entropy is a Measure of Disorderliness? 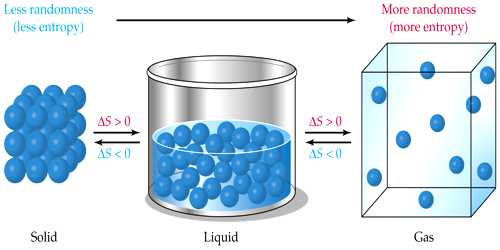 Entropy is a measure of disorderliness

Suppose you are attending the class in the classroom. One of your friends sitting beside you instead of attending the class is disturbing the boy near to him. And another one instead of bringing books and notebook has brought different toys along with him and started playing. If such events continue further study in the classroom will be disturbed and the teacher also will lose attention. As a result, there will be chaos in the classroom. Similarly, if there is more or less oxygen in nature than what is needed, and then there will be a problem in breathing. So there will be a disturbance in nature. In both the above cases chaos or disturbance increases. The index of disturbance or chaos in any system is measured by a quantity called entropy. It is said that –Entropy is a measure of disorderliness.

Again, some work is done in compressing a gas in the adiabatic process. Hence heat energy of the gas and along with it temperature increases. Again, if the gas is allowed to expand adiabatically the gas is to do some work. The gas does work at the expense of internal energy. As a result, the heat energy and temperature of the gas remain constant. Either of them simultaneously increases or decreases.