Home Physics State of a System of Thermodynamics 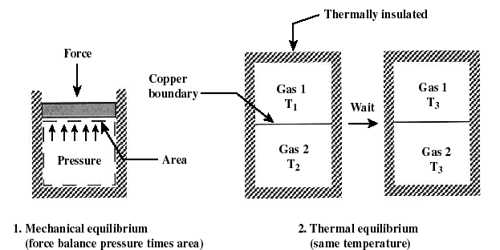 State of a system of Thermodynamics

Values of those quantities which determine the condition of the system are called thermodynamic coordinates of the system or variables of the system. As an example, the state of an electric battery requires the specification of the amount of electric charge it contains. The thermodynamic state of a system is defined by specifying values of a set of measurable properties sufficient to determine all other properties. For fluid systems, typical properties are pressure, volume, and temperature. More complex systems may require the specification of more unusual properties. For example, gas confined in a cylinder is a system and the characteristics of the state of the gas are denoted by its pressure, volume, and absolute temperature. So, pressure, volume, and absolute temperature are called thermodynamic coordinates.