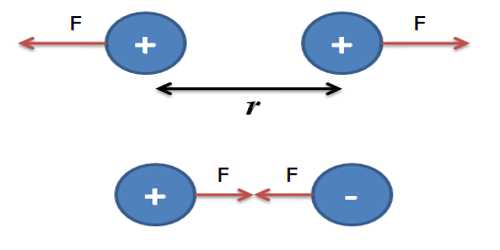 Explanation: let q1 and q2 be two point charges and let r be the distance between them (Fig). If they assert force of magnitude F, then according to Coulomb’s law, 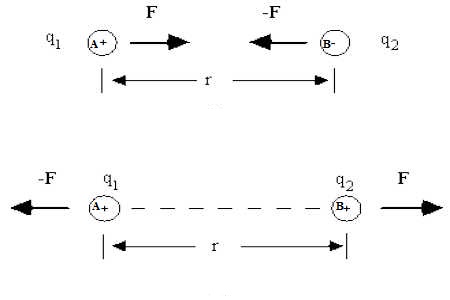 Here, K is proportionality constant. Its value depends on the nature of the medium and the units of F, q1, q2 and r.

K = 1/4πε, where ε (Epsilon) is the permittivity of the medium in which the charges are located.

In air or vacuum, the Coulomb law is written as;

Here F0 is the force acting in air or in vacuum and ε0 is the permittivity of vacuum.

In S.I. unit, F is expressed in Newton (N), charge in Coulomb (C) and distance in meter (m), so the experimental value of ε0 is

Definition of 1 Coulomb: We can define 1 Coulomb of charge from equation (2).

i.e., One coulomb is that charge which, when placed at a distance of 1m in a vacuum, from an equal and similar charge repels it with a force of 9 x 109 N.

Comparatively Explanation on First and Second Law of Thermodynamics