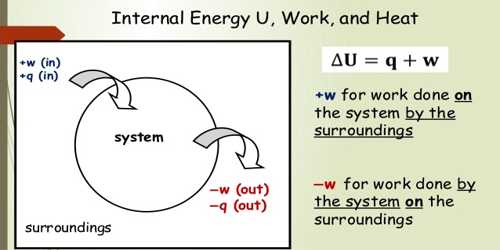 Put pressure by hand on a balloon filled with gas. You will see that the ballon is also giving pressure from inside on your hands. From where the ballon got this energy? This energy is the internal energy. From the above idea, we can say-

In each system, there is a fixed amount of energy which can be transformed into another energy to do work. Kinetic energy within the molecules and atoms of the body and the energy produced due to the intermolecular forces between them is combinedly called the internal energy.

In short, it can be said that the energy hidden within a system which can appear in different conditions is called the internal energy of the system.

Internal energy is the summation of the following two energies: