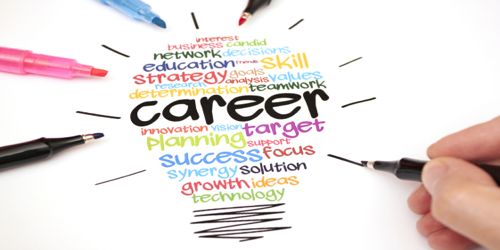 Career is the progress and actions taken by a person throughout a lifetime, especially those related to that person’s occupations. A career is often composed of the jobs held, titles earned and work accomplished over a long period of time, rather than just referring to one position. It can be an occupation undertaken for a significant period of a person’s life and with opportunities for progress. It means that all the positions hold by a person during his her lifetime accumulates known as a career. The term career means a profession or stability over time. A career defined as the pattern or work-related and experiences that span the course of a personal life. It is the process of enhancing an employee’s future value.

According to John Crites, “An individual career is a sequence of work-related experience in which a person participates during the span of work life.”

According to Werther and Davis, “A career is all jobs that are held during one working life.”

While employees in some cultures and economies stay with one job during their career, there is an increasing trend for employees changing jobs more frequently. For example, an individual’s care could involve being a lawyer, though the individual could work for several different firms and in several different areas of law over a lifetime.

Control tools for project manager to use in Controlling Project