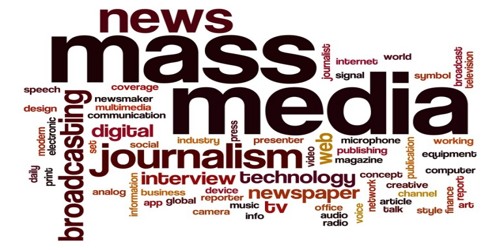 In the philosophy of democracy, a free society depends on open communication. This means that in the free world a large proportion of mass communication media, such as books, newspapers, motion pictures, radio and television, are operated by independent business organizations. Mass communication is an indispensable part of business. Business activities would be restricted without mass media.

(a) Freedom with responsibility: Freedom of the press and mass communications is not an end in itself but is a means to an end of a free society. Obviously mass communication is not set up is simply for the profit of business.

(c) The crisis in news coverage- A normal model of pluralism assumes that social equilibrium by balanced influences of many interest groups.

(g) Communication trends: A critical issue is whether business will be able to absorb this new revolution effectively, or whether it will default to government or some other organization.

What is the Community Responsibility to Business?