Home Biology Cell Envelope and its Modifications in Prokaryotic Cells 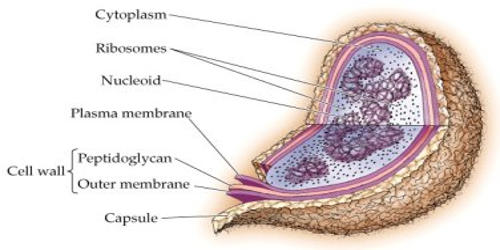 Bacteria can be classified into two groups on the basis of the differences in the cell envelopes and the manner in which they respond to the staining procedure developed by Gram viz., those that take up the gram stain are Gram-positive and the others that do not are called Gram-negative bacteria. 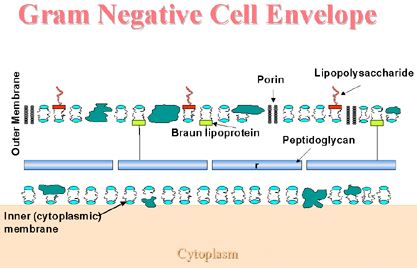 Glycocalyx differs in the composition and thickness of different bacteria. It could be a loose sheath called the slime layer in some, while in others it may be thick and tough, called the capsule. The cell wall determines the shape of the cell and provides strong structural support to prevent the bacterium from bursting or collapsing. The plasma membrane is semi-permeable in nature and interacts with the outside world. A special membranous structure called mesosome is formed by the extensions of the plasma membrane into the cell. This membrane is similar structurally to that of the eukaryotes.

Function – The cell envelope provides structural integrity to the cell. In prokaryotes, it protects the cell from the internal turgor pressure caused due to a high concentration of macromolecules inside the cell.