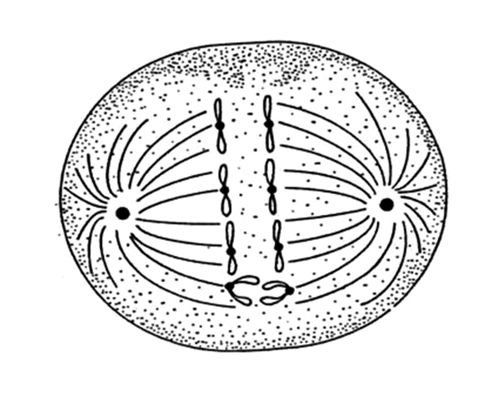 We are all acquainted with the terms, ‘Tumor’, ‘Cancer‘, etc. These are the result of abnormal cell division. Abnormal cell division refers to any disease characterized by uncontrolled cell division that produces abnormal tumor or neoplasm. In mitosis one cell divides into two, two to four and in this way the number of cells increases. Cancer Cells differ from Normal Cells. In normal cells, hundreds of genes intricately control the process of cell division. But there is a regularity in this process. If under any circumstances this regularity is lost, the cell divides abnormally. Over time, these cells become gradually more resistant to the controls that uphold the usual tissue and as a result, they divide more quickly than their progenitors and become less dependent on signals from other cells. As a result, a tumor is formed. For example, you always have just the right number of liver cells and white blood cells. If any of these signals are faulty or missing, the consequence can be cancer, where too many cells are produced.

All the different cells of your body usually live, grow and divide in harmony. Cancer cells are cells gone wrong, they no longer respond to many of the signals that control cellular growth and death. When a chromosome is abnormal, it can cause health problems in the body. Abnormal chromosomes most often happen as a result of an error during cell division. Chromosome abnormalities often happen due to one or more of these: 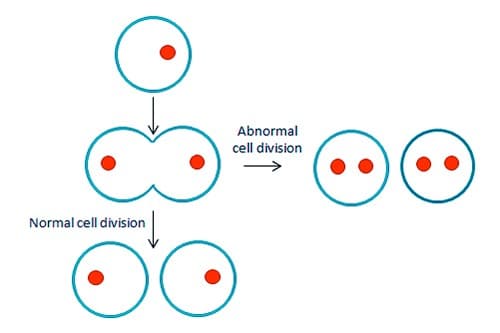 The cancer cell is also a product of uncontrolled abnormal cell division. It has been found in the experiment that various types of Papillomavirus help to produce cancer cells. Two genes named E6 and El of this virus (Papilloma) produce some chemicals, which displace two protein molecules responsible for controlling the cell division. As a result, control over cell division is lost and thus a tumor is produced. Sometimes these two genes may be united with the genes of the host cell and stop the action of protein to control the cell division and thus there develop cancer cells or Cancer.  In the late stages of cancer, cells break through normal tissue boundaries and metastasize (spread) to new sites in the body.

Cancer is a fatal disease. Every year five to six hundred thousand patients die only because of various forms of cancer. Cancer generates in the liver, lunge, brain, breast, and skin i.e. almost all the organs of the body. No effective medicine has yet been discovered to prevent this disease. It also relies on the activities of genes that signal when damaged cells should undergo apoptosis.

Define and Describe on Cilia and Flagella