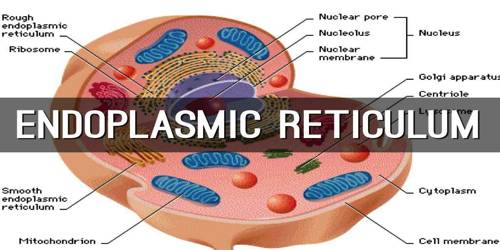 In a grown-up cell, a system is found in the cytoplasm. This is called endoplasmic reticulum. It is defined as a series of folded membranes in the cells which are associated with protein synthesis, storage and the movement of cellular materials. Principally, the ER is the transportation system of the eukaryotic cell, and its proteins are contained within it until they are needed to move. It plays a key role in the production, processing, and transport of proteins and lipids. The endoplasmic reticulum is of two types – smooth and rough. ER having ribosome on its body is called rough endoplasmic reticulum.

Structure: They are bounded by a double-layered semipermiable membrane. Usually, they are branched but might happen in parallel. They are continuous with the nuclear membrane and the cell membrane. Chemically the membrane is made of lipoprotein. Small granular bodies may be present on it. 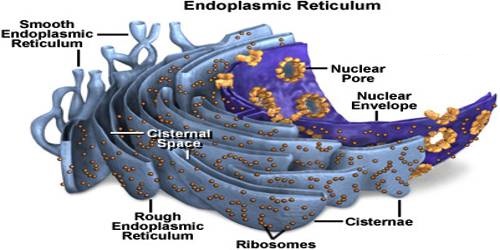