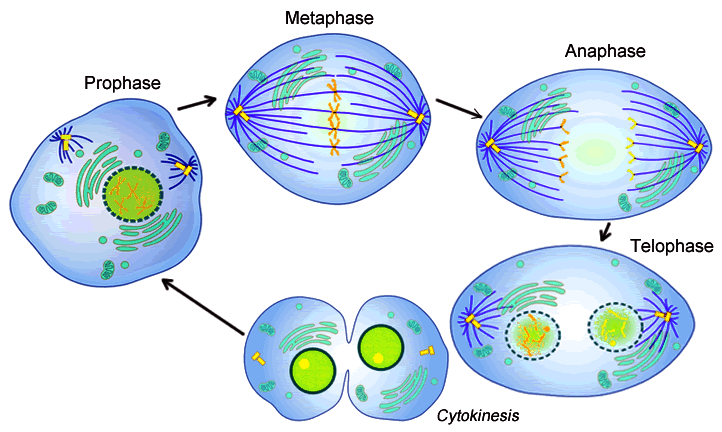 At this stage, the nucleus swells up. Chromosomes begin to be dehydrated. As a result, the chromosomes gradually become shorter and thicker. 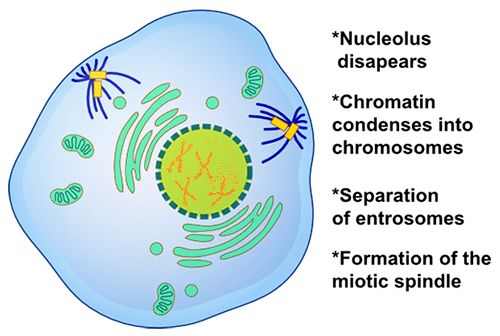 Then they are visible under microscopes. At the end of this stage, nucleolus and nuclear membrane become disappear. 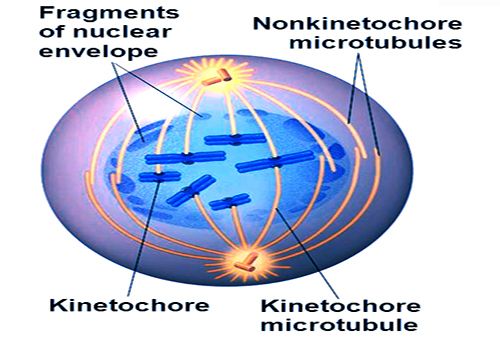 Two separate chromatids of a chromosome move toward the opposite poles of the spindle apparatus. Centromere goes ahead at the movement of the chromatids towards the pole and the arms follow them. when the daughter chromosomes reach near the poles the anaphase stage ends. 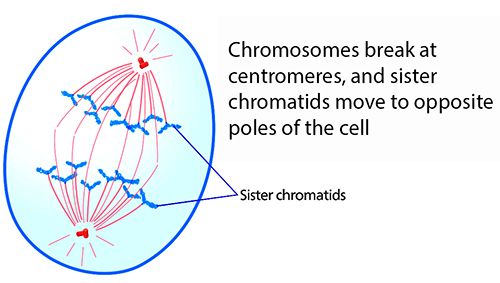 Daughter chromosomes take the position at two opposite poles. Chromosomes gradually take water and become elongated, thin and long. Nuclear membrane develops encircling the chromosomes. Nucleolus reappears at the secondary constriction of the Sat chromosome. Spindle apparatus disappears. At the end of this stage, gradually a cell wall develops in the equatorial region of the cell. 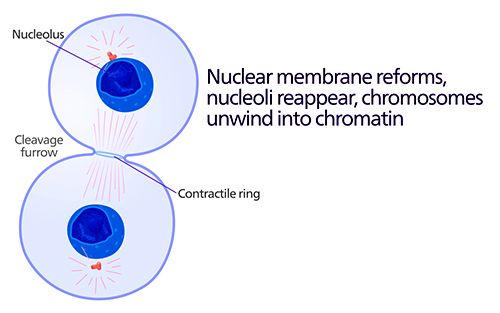 Cytokinesis is not a phase of mitosis but preferably a separate process, necessary for completing cell division.

Define and Describe on Cork Cambium