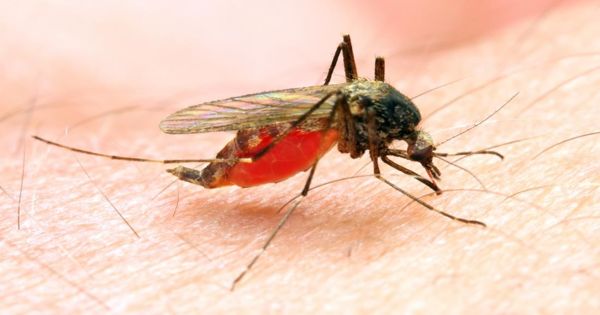 Mosquitoes are one of the most dangerous species in the world for mankind. Every year more than one million people worldwide suffer from mosquito-borne diseases. Mosquito vector diseases include protozoan diseases, i.e. malaria, filarial diseases such as dog heartworm, and infectious diseases such as dengue, encephalitis, and yellow fever. Mosquitoes are transmitters of a variety of diseases and pesticides are used to monitor their numbers in many countries. The new study finds that Wolbachia-a bacteria commonly found in insects-seems to shield them from these pesticides.

A common bacterial species naturally infecting mosquitoes may actually be protecting them against specific mosquito pesticides, a study has found.

Wolbachia-a bacterium that occurs naturally and spreads between insects-has been used more widely in recent years as a way of managing mosquito populations. Wolbachia is a class of intracellular bacteria that primarily infects arthropod organisms, with a high proportion of insects, as well as some nematodes. It is one of the most common parasitic microbes and is perhaps the most common reproductive parasite in the biosphere.

In addition, mosquitoes spread many diseases and parasites that are very vulnerable to dogs and horses. This includes canine heartworm, West Nile (WNV), and Eastern equine encephalitis (EEE). After its invention, chemical insecticides have been the most commonly used method of mosquito-borne vector control. 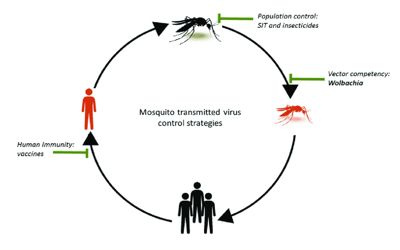 Mosquitoes pick up the virus by attacking sick humans. They will pass the infection to the next human as they bite again. That’s how mosquito-borne diseases spread. Scientists at the University of Reading, INBIOTEC-CONICET, and the National University of San Juan, Argentina, researched the impact of Wolbachia on common mosquito species and observed that those carrying the bacteria were less susceptible to commonly used pesticides. In addition, mosquitoes do not bear viruses – they can only get viruses from sick humans.

Dr. Alejandra Perotti, an Associate Professor in invertebrate biology at the University of Reading, and a co-author of the study said: “This shows the importance of looking more closely at how bacteria in mosquitoes and pesticides interact, especially at a time when new plans are being formulated for which methods to use, where to use them and which species to target.”

Wolbachia is a common bacteria found in up to 60 percent of insect species, including some mosquitoes. However, Wolbachia is not generally present in the Aedes aegypti mosquito, the main species responsible for spreading human viruses such as Zika, dengue, chikungunya, and yellow fever. Mosquitoes spread a variety of diseases such as dengue fever, malaria, zika, and yellow fever to humans by their bites and kill more than a million people worldwide every year.

In a recent analysis, reported in Science Journals, the researchers looked at Culex quinquefasciatus—also known as the Southern House Mosquito—which had been reared in a laboratory in Argentina for many years under environmental controlled conditions (INBIOTECT insectary).

This is one of the most common animals in countries with colder climates. The mosquito population transmits many diseases, a wide number of viruses such as the West Nile Virus (WNV), the San Luis Encephalitis Virus (SLEV), and the Venezuelan Equine Encephalitis Virus, as well as a host of parasites (filarial worms) in Central and South America, Africa and Asia.