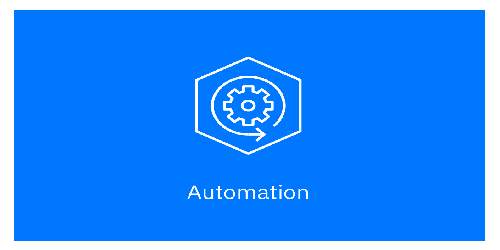 Automation is the technology and its application and its application to control and monitor the production and distribution of various products and services. Automation control is the use of various control systems for operating equipment such as machinery processes in factories, boilers, and heat treatment ovens, switching over telephone networks, steering, and stabilization of ships, aircraft, and other applications and vehicles in minimal or reduced interference. Automation has revolutionized the areas in which it was introduced, and there is hardly one aspect of modern life that has not been affected by it. Automation covers applications ranging from a domestic thermostat to a boiler controller, to a large industrial control system with thousands of input measurements and output control signals.

The term automation was coined in 1946 in the automobile industry to describe automated devices and controls of increased use in mechanized production lines. In a simple automatic control loop, a controller compares a measured value of a process to a desired set value, and consequently processes the error signal to change some of the input in the process, so that the process remains constant at its set point. The origin of the word D.S. Harder was responsible for being the engineer manager of the then Ford Motor Company. The term is widely used in the context of production, but it is also applied outside of various production systems where there is a significant replacement of mechanical, electrical or computerized functions for human effort and intelligence. This closed-loop control applies negative feedback to any system. The mathematical foundations of control theory began in the 18th century and advanced rapidly in the 20th.

Automation technology has matured to a point where a number of other technologies have evolved from it and gained recognition and position of their own. Robotics is one of these technologies; it is a specialized branch of automation where the automated machine has a specific anthropomorphic or humanistic feature. Advanced technology, such as modern factories, aircraft, and ships, usually uses all these connected techniques. The advantages of automation include labor-saving, cost of electricity, savings on material costs and improvement in quality, accuracy, and precision. The World Bank’s World Development Report 20 shows evidence that new industries and jobs in the technology sector outperform the economic impact of displaced workers by automation. The most common human-like feature of a modern industrial robot is its driven mechanical arm. The robot’s arm can be programmed to go through a sequence of motions to perform useful tasks, such as loading and unloading parts on a working machine or creating a sequence of spot-welds on sheet-metal parts of the automobile body during assembly.

Automation is evolving rapidly and business intelligence in applications is a new form of high-quality automation. In the technology domain, the impact of automation is increasing rapidly at both the software/hardware and machine levels. The term automation, inspired by the previous term automatic (coming from automaton), was not widely used before 1947 when Ford established an automation section. As examples of these, industrial robots are commonly used to replace human workers in factory operations. It was at this time that the industry was rapidly adopting a feedback regulator, which was introduced in the 1930s. However, despite the advancement of automation, some manual interventions are always advisable, even if the tool can perform most tasks.