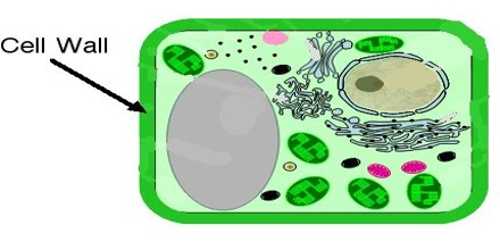 Cell wall is the exceptional characteristics of a plant cell. The cell wall is the rigid, semi-permeable defensive layer in some cell types. The non-living and hard wall, which constructs the plant cell, is called the cell wall. Animal cells however, do not have a cell wall. Animals and most other protests have cell membranes without surrounding cell walls. The cell wall performs many significant tasks in a cell including safety, formation, and support. At first Robert Hook observed it in 1665 AD. There is no cell wall in Animal cells.

Function of cell wall: A key role of the cell wall is to form a framework for the cell to avert over growth. Cellulose fibers, structural proteins, and other polysaccharides help to keep up the shape and form of the cell. The functions of cell wall are to give a exact shape to the cell. It protects the Cell from external injury and gives essential inflexibility and to control the flow fluid between external and internal side of the cell.

Define Cellulase with its Functions