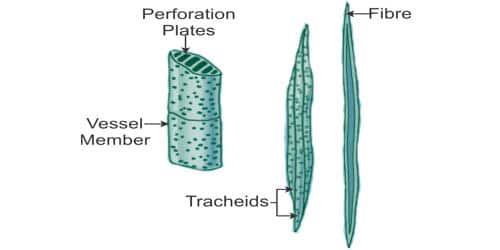 Tracheid – Tracheids are present in the xylem of angiosperms. They are conducting elements. They are also found in gymnosperms and ferns.

Vessel – Vessels are present only in angiosperms. They help in conducting water and minerals in the plants. After secondary cell wall thickening and lignification, dead and tubular cells are formed.

What are the identifying characteristics of internal structure of Dicot Stern?

What is meant by Interphase?