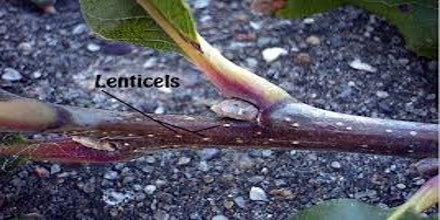 Lenticels: The lens-shaped pores which are found in the bark of woody plants are said to be lenticels. Lenticels are interruptions in the phellem through which gas exchange occurs. The phellogen beneath lenticels is more active in cell division. They are also a site where pathogens such as fungi, bacteria, and viruses can enter the plant. 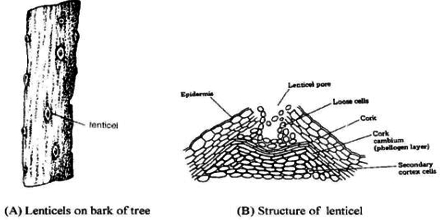 Comparison between Endodermis and Epidermis