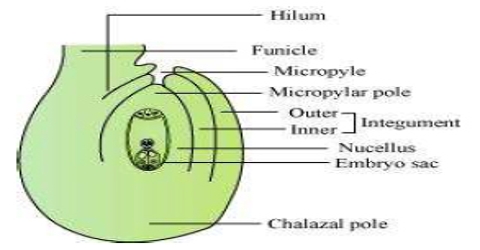 Ovule: The round shaped microscopic organs present in the placenta of an ovary which are turned to seeds after being fertilized are called ovules. 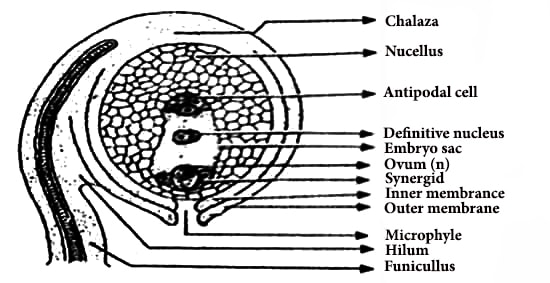 Fig: Structure of an ovule.

Structure of ovule: A typical ovule is composed of the following organs.

(i) Funiculus: The connecting slender stalk between ovule and placental is known as funiculus.

(ii) Hilum: The attaching point between an ovule and a funiculus is called hilum.

(iii) Nucellus: The main body tissue of an ovule is called nucellus.

(v) Micropyle: The exposed area of the anterior part of an ovule is called Micropyle.

(vi) Chalaza: The area of ovule where nucellus and integument are fused is called Chalaza.

(vii) Embryo sac: The oval-shaped sac which is situated just above the micropyle, consisting of eight haploid nuclei is called embryo sac.

Xylem Function and Formation in Plants