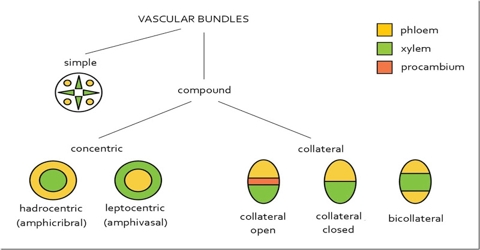 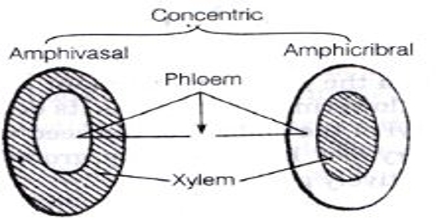 The concentric bundles, either amphivasal (Hadrocentric) or amphicribral (Leptocentric), are closed as there is no cambium in between xylem and phloem. It is of two types, such as; (a) Hadrocentric and (b) Leptocentric. 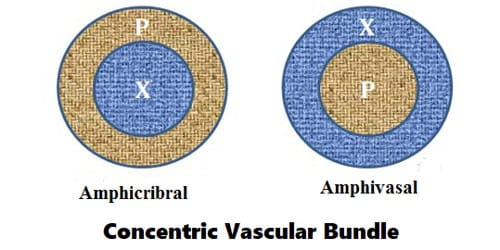 Hadrocentric: When xylem is surrounded by phloem, it is called Hadrocentric. It is a vascular bundle in which the phloem encircles the central strand of xylem. Here phloem is seen towards the outer side and xylem towards the inner side. Example: Vascular bundle of Pteris, Dryopteris, Ferns, etc.

Leptocentric: When Phloem tissue is surrounded by Xylem tissue the vascular bundle is called Leptocentric. It is a vascular bundle in which xylem encircles the central strand of phloem. This xylem is seen outside that surrounds the phloem. Example; Dracaena, Yucca, etc.

Common Distinctiveness of the Inner Formation of Monocot Root

Formation and Function of Lenticel