When substances react in a closed system, they eventually form a mixture of the constant composition of products and unreacted reactants, in a dynamic chemical equilibrium.

The stable equilibrium position can be obtained by starling with:

As both the concentrations of CH4 and H2 O increase the reverse reaction reforming CO and H2 will start to occur. Eventually, the rates of the forward and reverse reactions will become equal meaning that the reaction has reached an equilibrium as shown in the figures below. 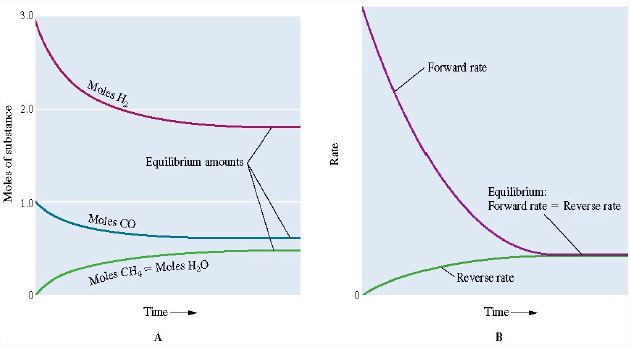