Home Other Child Labor should be Banned 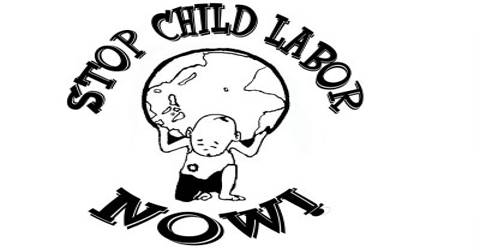 Child labor should be banned

The problem of child labor prevails not only in poor countries but also in many developing countries. Children below the age of twelve or fifteen are employed in large numbers in factories, fields and construction work. They are preferred to adults in the wayside stalls and trade.

Child labor has serious socio-economic implications. This tells upon child-health. It spoils child education. It leads to various kinds of child abuse and petty crimes. They grow as dark and incompetent citizens of the country. However, in a poor country like Laos, Ethiopia, Papua New Guinea, Zimbabwe, Mozambique, Malawi, Cameroon, Congo, Rwanda, Sierra Leone, Mali, Yemen, Ethiopia, Sudan, Angola, Gambia etc., removal of children’s labor is not an easy task. The children of the poor class people have necessarily to work in order to earn their living. The government has adopted some measures. NGOs are making admirable contribution. Free primary education has been introduced. Also the life expectancy of children who are educated is quite relative to that of their education level and being cared for by their parents until they have finished their growing. But banning child labor from farms and factories is a different matter. The real solution lies in the spread of economic development among the poorer sections of the society. hild labour should be made an offence under law and strict actions should be taken against those who motivate it and indulge in spreading this crime. This would not only bring back their childhood but also secure the future of the nation whose citizens they would be one day.

A child is forced to work in hotels or any public or private place like houses, circus or any shop etc. due to various shortcomings in a child’s life, he or she falls into the hands of those people who are in search of these kids. Child labor is the symptom, the virus is somewhere else. It is pure and simple that it is futile to fight against the symptoms without rooting out the actual cause.

The art of pivoting with Phaedra Ellis-Lamkins and Jessica Matthews

The U.S. public trust on medical scientists has increased but the Change Is along Party Lines