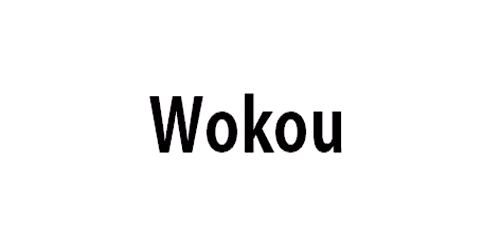 Wokou is a term used to refer to Japanese pirates who invaded the East Asian seas from Korea to Indonesia, especially between the 13th and 17th centuries. In addition to disrupting trade, the devastating effects on coastal communities, and the thousands of innocent people who sold themselves into slavery, caused significant tensions in diplomatic relations between China, Korea, and Japan throughout the period. They often paid salaries to various Japanese feudal leaders and were often involved in the Japanese Civil War in the early part of this period. The Chinese and Korean attitudes toward these figures have today identified their “characters” as brigades and “pirates”, with scholars like Peter Shapinsky referring to the English term as “tribe of the sea”; While not denying the fact that Wokou was often violent, self-serving, power-seeking, and much more like warlords in general, the perception that helping them think of them as “lords of the sea” could help or encourage otherwise. It was only after the unification of Central Japan by the warlord Teotomi Hide Yo Shi (CE 1582-1598) that the government was finally strong enough to deal effectively with pirate attacks and put an end to their reign of terrorism.

Meanwhile, in the late 13th century, with the decline of the central authorities in China, piracy began to increase along the Chinese coast. Using ships large enough to carry 300 people, pirates sometimes looted entire villages. In 1419, the Korean army landed at Sushima and launched the Ōei attack, the largest operation against wokou to date. According to the Korean history book “Variable Records of the Jason Dynasty”, in the June 20 war, the Korean army captured 129 Wokou ships, burned 1939 houses, killed 114 people, captured 21 people, and rescued 131 Chinese who were captured in Woku. Although working beyond the bounds of the law and resorting to violence in many cases, Wokou represented a complex mix of adventurers, smugglers, traders, tenants, and many more, often engaging in violence for economic gain, excluding pure desire for violence or chaos. When they engaged in violence, Wokou not only fought with bows and swords but was also known to sometimes use battering mam or other devices to cut through enemy holes; Traveling on horseback, it was not uncommon for Willkie to be devastated in the distant interior. Several coastal forts built to defend against Wokou are still found in Zhejiang and Fujian. These include the ruins of Punching Fortress (Kangan County, Zhejiang) and Chongwu Fortress (Chongwu, Huaiyan County, Fujian), as well as the Liuyao Fortress of Liuao, Zhangpu County. Fujian).

Tying themselves to an island off the coast of China, the pirates eventually made their headquarters on the island of Taiwan, where they had been stationed for over a century. By the end of the 17th century, most of the pirates had been eliminated, with the rise of Tokugawa Shogun (1603–1867) and strong central power in Japan under the Qing Dynasty in China.

Patriotism is a Noble Virtue