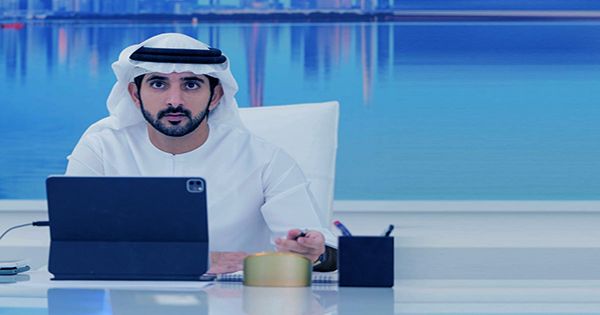 Dubai has become the world’s first paperless government in an effort to continue digitizing the administration and people’ lives. The shift, which was announced in 2018 but only implemented this year, is estimated to have saved 336 million documents, 14 million hours of work, and 1.3 billion Dirham ($350 million) while all government activities were moved online. The Crown Prince of Dubai, Sheikh Hamdan bin Mohammed bin Rashid Al Maktoum, made the news on Twitter on Saturday, and as part of the Dubai Paperless Strategy, 45 government bodies have abolished paper from their tasks.

Dubai has completed the strategy on schedule and considers it to be a watershed moment in an increasingly digital society. Sheikh Hamdan stated on Twitter, “@HHShkMohd’s aim to establish a paperless experience for every client in Dubai government has been realized.”

“Dubai’s worldwide status as a pioneer and role model in establishing integrated digital services that improve the customer experience has been cemented by this success.” This is done in five phases because it is such a large undertaking, according to Gulf News, the 45 government institutions are responsible for over 1,800 digital services and 10,500 important transactions, all of which had to be converted.

Not all staff and clients of the Dubai Government will no longer require paper papers or transactions once the plan is completely executed. Dubai now aims to utilize the DubaiNow app to connect users to more than 130 “smart” city services, such as paying parking fines, registering for residency, and renewing auto registrations, all from their mobile phone.

Dubai has become the world’s first paperless government, according to an announcement made on Saturday. The Dubai Paperless Strategy, which was introduced in 2018, was implemented on schedule. Sheikh Hamdan bin Mohammed bin Rashid Al Maktoum, Crown Prince of Dubai and Chairman of the Executive Council of Dubai, made the news in a tweet.

Since the implementation of the paperless plan, 45 government bodies in Dubai have reduced paper usage by over 336 million sheets, saving over Dh1.3 -13824 in expenditures and over 14 million man-hours. “Today marks the start of a new chapter in Dubai’s journey to digitize life in all of its forms — a journey founded on innovation, creativity, and a vision for the future,” Sheikh Hamdan remarked.