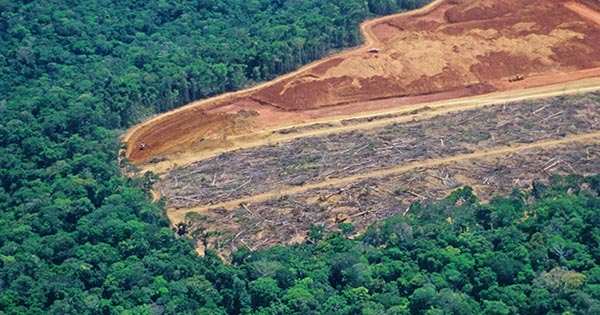 The Amazon’s Indigenous Peoples have proposed that 80 percent of the rainforest be given permanent protected status, which might mean that Earth’s lungs are about to get some major TLC. The ambitious proposal was submitted to the International Union for the Conservation of Nature (IUCN) under an emergency provision during the IUCN World Conservation Congress in Marseille, France this week, and is expected to be voted on Sunday.

If accepted, the move will put a stop to deforestation in the vast majority of the rainforest, with the goal of preserving enough of the rainforest’s natural ecological processes to avoid a tipping point that would destabilize the global climate while also decimating the rainforest. In their proposal on the Amazonia80x2025 website, the Coordinator of Indigenous Organizations of the Amazon Basin (COICA) states, “We, the indigenous peoples of the Amazon basin, have preserved the Amazon for millennia via our traditional knowledge and customs.”

“Today, we stand united in advocating for a worldwide accord by 2025 to permanently protect 80 percent of the Amazon as an essential action to avoid a tipping point and planetary calamity, as well as to achieve transformative change. It is past time for the world community (governments, civil society, businesses, and so on) to join us in our fight to save the planet.”

The Amazon is renowned for its biodiversity and for doing the world a favor by functioning as a carbon sink and producing the oxygen that we so desperately need.

It is home to 511 Indigenous tribes, including 66 groups who live in deliberate isolation and have little interaction with the rest of the world. In acknowledgment of this, the IUCN allowed Indigenous Peoples’ Organizations (IPOs) to vote in 2020, two years before the Marseille Congress was supposed to take place before being postponed due to COVID. This was the first time in the governing body’s 70-year history that these entities were allowed to vote alongside governments and NGOs.

In an interview about the change, Julio Cusurichi Palacios, President of the Native Federation of the Madre de Dios River and Tributaries (FENAMAD) in Peru, said, “The fact that Indigenous Peoples are now part of IUCN is a breakthrough, and the Marseille Congress will be an important step to show that IUCN is moving forward because we are already included as stakeholders governing forests.”