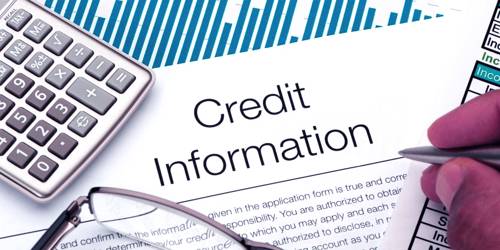 In finance, Credit Information means, information about a person’s or company’s ability to pay the debt, examined especially by banks before they decide to lend money. To bring the making of credits down to a systematic and scientific basis there are four sources from which the credit man may draw: Mercantile agencies, reports from the trade, reports from the salesmen, reports from local banks or attorneys.

The report of a mercantile agency is the basis from which a credit man can work, all additional information qualifying the report given him. His past experience must determine its degree of accuracy and to what extent a report is to be absolutely relied upon. The effect upon the merchant of the existence and supervision of the agency, is a salutary one, giving an extra incentive to keep his commercial record clean.

By exchanging information with other credit men in the same or allied lines of trade, many problems in credits may be simplified. Such information, however, has the disadvantage of being slow to secure, as a merchant’s creditors may be widely separated.

Information from salesmen, under ordinary conditions, is peculiarly valuable. The salesman is posted as is no one else by frequent visits, knows the buyer’s strong and weak points, the general condition of trade in the town and surrounding country, and if shrewd, can intuitively sense the moral hazard of an account from actual contact with all the conditions surrounding it. If a salesman reports his opinion of each risk assumed by the house it does not take long to tell the value of his observations and whether he possesses the capacity for giving a dependable rating.

Information obtained from local sources is open to various faults, partiality or hostility to the one reported on or indifference to the correctness of the report, being among the number. Banks often take the attitude that they are not called upon to make a report, particularly upon a customer, not a depositor and of whom they have no accurate knowledge other than of a general nature. Attorneys’ reports are of all kinds, frequently carelessly irresponsible, the ordinary attorney not being an accurate judge of the financial condition of a businessman.

What role should Financial Manager play in modern enterprise?

How is the riskiness of portfolio measured?