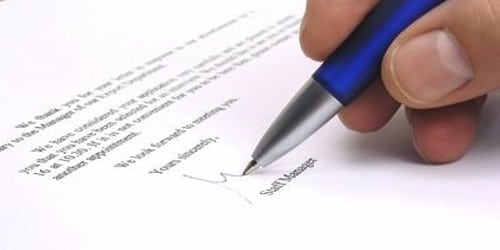 The official letter that contains some personal information along with official information is known as a demi-official letter. This letter is generally written by compiling both official and some sort of personal messages. This form is generally used in correspondence between Officers to supplement or explain matter which has been referred officially or is proposed to be referred officially.

In writing this letter officially recognized rules, procedures and structure are not followed. Though this letter includes both personal and official information, official information gets the prime focus. People bolding the same position or rank usually exchange this type of letter. In this letter, the receiver is addressed by name. It is to be written in the first person in a personal and friendly tone and it should be addressed by an Officer who is ordinarily not more than one or two levels below the Officer to whom such communication is addressed. Demi-official correspondence should not be quoted in official communications or be noticed officially in any way.

Actually, a Demi-official letter is official in reason but involves some personal association or touch. This letter is usually written by compiling both official and some kind of personal messages. It is not as formal as the official letter. This type of letter does not follow any established structure. Use of language in this letter depends on a personal relationship between sender and receiver. It is not written by using customary official language. Writers can follow any formation as they think.

Some important points regarding Demi-official letter are noted as under:

Demi official letter is enviable mainly in the following cases:

Tasks or Functions of Strategic Management

Why do People Join Group?

Sources of Recruitment in Business Management