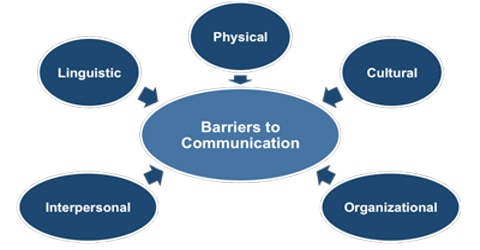 Problems of Communication in Business Enterprises in Developing Countries

Excessive hierarchical layers: Enterprises in Developing Countries design their structures in traditional way that contains too many layers of authority. In these organizations information flow through a long hierarchy that causes loss of information, wastage of time, delayed feedback etc.

Absence of feedback: Feedback conveys the receiver’s reaction or response to the sender. In our country, managers usually focus on transmitting information but hardly seek feedback from subordinates. This makes communication ineffective.

Labour-management conflict: Conflict exists between labour and management in most organizations of Developing Countries. This conflict creates distrust, distance and disagreement between them. Consequently, communication is negatively affected.

Lack of communication skills: In Developing Countries, very few employees have formal education on communication. They come from diversified educational backgrounds. Most of them have backward mentality and lack adequate skills to communicate effectively.

Reluctance of executives: Top level executives in Developing Countries are unwilling to communicate with lower level employees. They prefer centralization of authority and discourage communication initiative of employees.

Selection of inappropriate media: In many cases, managers fail to select appropriate media of communication. They select oral media in situation where written media is best suited.

Lack of clarity: Clarity of message is a fundamental principle of communication. But most of the communicators in the organization do not follow this principle. This leads to poor arrangement of message, repetition, exaggeration, misunderstanding and confusion.

Excessive dependency on formality: Managers tend be excessive formal. They prefer to stay away from general employees. They like communication through hierarchy and through formal channels. This liking of formality reduces the communication enthusiasm of the workers.

False commitment: Sometimes the top executives give false assurance to convince the subordinates. But such behavior reduces the acceptability of superior’s message in the nest communication cycle.

Political influence: Dirty influence of politics is common at everywhere in Developing Countries. When top-level executives communicate with inside and outside parties, they exhibit strong political affiliation. Employees also form trade union under the shelter of political parties. Politically motivated executives and trade union leaders intervene the usual flow of communication is the organization and create indiscipline in communication channel.