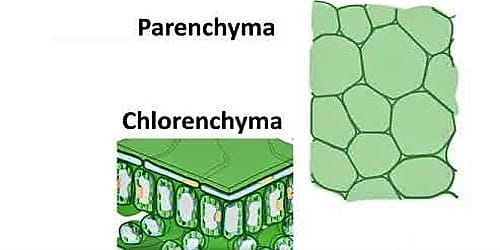 The tissues that are entirely grown and have lost the capacity of separation are known as permanent tissues. The permanent tissue in plants mostly helps in providing support, protection as well as in photosynthesis and conduction of water, minerals, and nutrients. The meristematic tissues separate and distinguish to form the permanent tissues.

(a) Simple tissue, (b) Complex tissue and (c) Secretory tissue.

Simple permanent tissue is composed of a single type of cells which have comparable origin, structure, and function. This tissue is called epithelium in animals and epidermis in plants. They are homogenous of structurally and functionally comparable cells.

Complex permanent tissue is composed of two or more than two types of cells and contributes to a general function. They organize together to carry out the similar particular functions in the plant body.  It is also known as vascular tissue.

How does Annual Ring Form?

Describe Formation of Embryo Sac and Production of Female Gamete