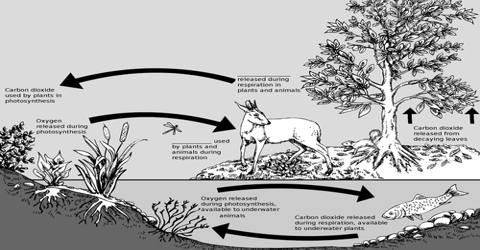 Inter Relation of the Environmental Components and their Inter Dependence.

The relation and interactions between living and non living objects are continuously going on. Even in plants and animals this interaction is happening within the environment. They are dependent on each other for survival.

There is a relationship between plants and animals. Again these have relation with air, soil, water which is running following a certain process. Among the processes some are very simple and some are very complex.

Organisms are dependent on non-living things. Again, one organism is dependent on another organism. Through observation of the environment you must have understood this. As for example, Plants use sunlight to prepare food, which is known as photosynthesis. Photosynthesis (Plant) and respiration (plants and animals) are two main ways of developing inter relationship between living and non-living organisms. 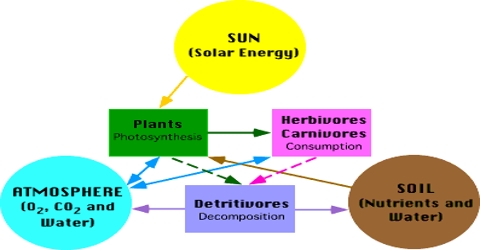 We know plants and animal arc the main components of living environment. Depending on the characteristics, they are different from each other. But they are dependent on catch other for survival.

Some plants reproduce with the help of insects. Bees move from flower to flower, and then pollination occurs with the help of birds and animals. Again, there are many plants those act as shelter for other few other. Few other plants and animals you can also site this as example of inter relationship of environment.

Define and Discuss on Carbon Cycle