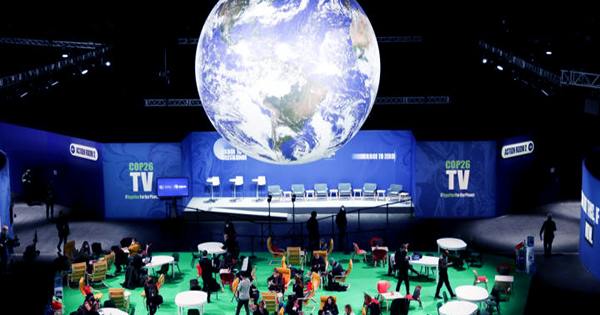 Early this morning, before the last day of discussions, a fresh draft of the COP26 climate accord was released. Overall, it is a mixed bag, with several issues of disagreement remaining unresolved.

The text emphasizes the 1.5°C (2.7°F) global temperature rise target — beyond which the worst effects of climate change would be unleashed — but opponents claim that the draft is substantially weaker than the first draft revealed earlier this week and that it might be toned down even further.

The talks were supposed to wrap up by the end of Friday, November 12, but they will almost probably go on, and the final report will not revealed until the early hours of Saturday, if not later. In 2019, for example, COP25 did not end until Sunday afternoon. The revisions in the revised draft include minor phrase adjustments that may look unimportant to laypeople but are crucial to negotiators. The initial draft of the agreement, for example, “urged” nations to submit higher emissions-cutting targets by the end of 2022, but the newest draft just “requests” them to do so.

The inclusion of a few words essentially creates a loophole that allows governments to maintain some fossil fuel and coal power subsidies. The statement also expresses “great disappointment” that a promise by higher-income countries to give $100 billion per year in climate money to poorer countries by 2020 would not be fulfilled and will be three years late.

Article 6 is another crucial component. It is an “obscure and extremely technical component of the Paris Agreement,” according to the Climate Council, that lays out the conditions for trading carbon reductions between countries. This means that countries can satisfy their individual promises to cut emissions by offering financial assistance to other countries to help them reach theirs.

Critics claim that this essentially permits industrialized countries to avoid significant emission reductions by shifting the burden to underdeveloped countries. The exact contents of this are yet unknown and others believe that attempts made to surreptitiously convert the article into “a cheating charter.” “Confusion abounds in Article 6: technicalities approached ridiculousness on Thursday,” Ed King of the European Climate Foundation said in an email on Friday morning.

In a statement, Jennifer Morgan, Executive Director of Greenpeace International, stated, “We’re witnessing a purposeful and cynical campaign by a few country states to convert Article 6 into a charter for cheating, greenwashing, and loopholes.”

“Today is a pivotal day in the campaign to protect the 1.5°C objectives from powerful interests willing to go to any length to avoid accountability for the climate disaster. Anything less jeopardizes the spirit of Paris.”

Another day of talks scheduled, with over 200 countries hammering out the specifics. Many others, though, are unconvinced that the final text will be strong enough. “It might be better, it should be better, and we only have one more day to make it so.” “Right now, the text bears the imprints of fossil fuel interests, and this is not the breakthrough accord that many hoped for in Glasgow,” Morgan continued.