The unit cell is also formed by eight small cubes and at the corners of these unit cells there are eight ions. as a whole by the innumerable number of cubic unit cells the cubic lattice structure of NaCI is formed. NaCI never exists as a single molecule, in NaCI structure the co-ordination number of Na+ or Cl–  is six. 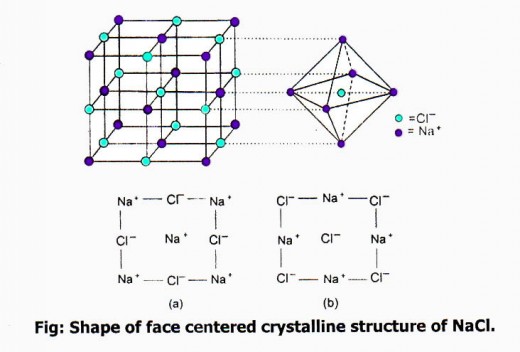 What is unit cell of crystal?

Explain the causes of deviation of real gases from ideal behavior