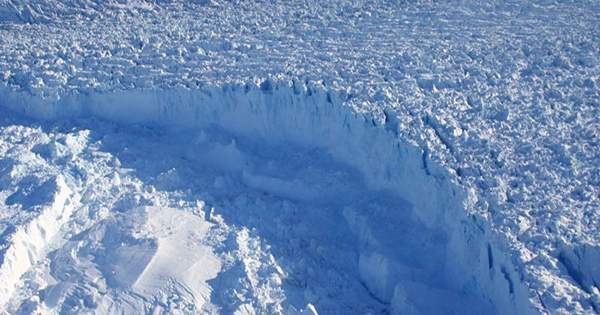 The two papers published today are urgent for world governments to take seriously the goals set by the Paris Climate Agreement.

Models show that sea level rises from the Antarctic Glacier could stagnate if greenhouse gas emissions are not stopped and global temperatures are not kept below agreed levels, the models show. The two models look at this problem from two different perspectives. The study, led by Dr Tamsin Edwards of King’s College London, published in Nature, modeled what would happen if the team met the ambitious Paris Agreement to keep global warming below 1.5 degrees Celsius (2.7 degrees Fahrenheit) by 2100.

By meeting this goal we can halve the expected rise in sea-level by the end of the century, they got. Previous studies have shown that the average expected growth is 25 centimeters (9.8 inches), but the Edwards and colleagues model, based on current emission prevention commitments, and decreased growth by 13 centimeters (5.11 inches). If the goal of the Paris Agreement becomes a reality, the melting of Greenland’s ice will have to be reduced by 70 percent, and the contribution of global glaciers to sea-level rise will be reduced by 50 percent by 2100.

Currently, almost all global glaciers have lost ice mass and this erosion has been intensifying over the past few decades. The second study, led by Dr. Robert Deconto from the University of Massachusetts Amherst and published in Nature, looked at whether the two Paris Agreements aimed at meeting the main goal of 2 degrees Celsius (3.6 degrees Fahrenheit) or failing to fully combat the climate crisis. The average temperature rises to 3 degrees Celsius (5.4 degrees Fahrenheit).

In the former case, the melting will continue more or less as we are already seeing it. Melting water from Antarctic ice sheets will contribute to global sea-level rise between 6 and 11 centimeters (2.4 to 4.3 inches). This increase would endanger millions of people worldwide. But if these steps are not tried, we are looking at a worse situation. Without ambitious and serious interventions by 2060, Antarctica’s sea level rise alone could contribute by 2100 to 21 centimeters (8.2 inches) that if that happened, the ice cold would continue to lag behind for centuries.

Dr. DeConto said in a statement, “If global warming continues, Antarctica’s massive glaciers could begin to behave like their smaller counterparts in Greenland, which would be devastating in the event of a sea-level rise.”