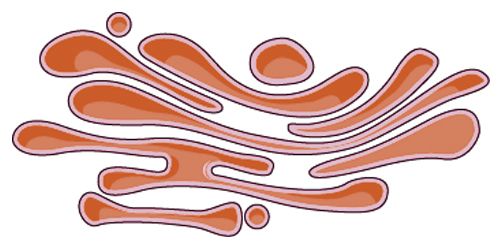 Camillo Golgi (1898) first observed densely stained reticular structures near the nucleus. These were later named Golgi bodies after him. They consist of many flat, disc-shaped sacs or cisternae of 0.5 μm to 1.0 μm diameter (Figure). 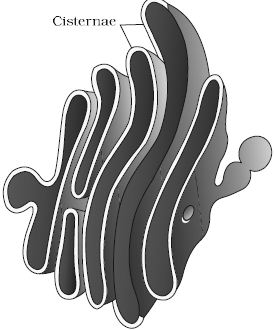 These are stacked parallel to each other. The varied number of cisternae are present in a Golgi complex. The Golgi cisternae are concentrically arranged near the nucleus with distinct convex cis or the forming face and concave trans or the maturing face. The cis and the trans faces of the organelle are entirely different but interconnected.