ATP:  The full meaning of ATP is adenosine tri-phosphate. One molecule of ATP is formed by the combination of one molecule of nitrogen base named adenine, ribose sugar and three molecules of phosphate. ATP mainly acts as a co-enzyme of kinase enzyme ATP is a very high power bio-phosphate

The structure of ATP is as follows: 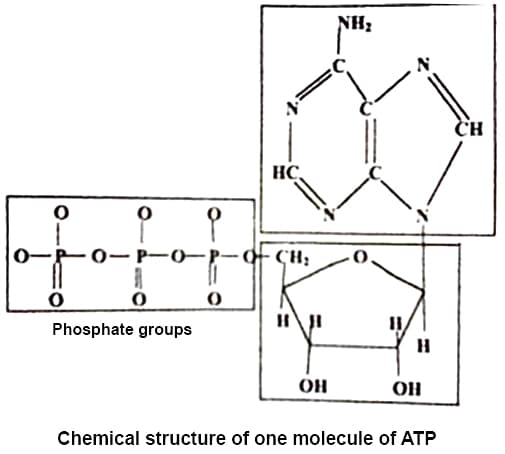