Home Biology What is Cytoplasm? 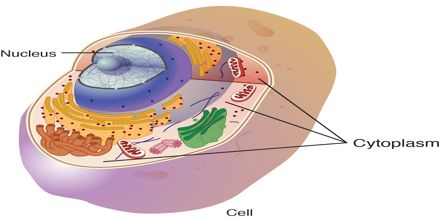 Outside the nucleus, the part of protoplasm, which is surrounded by the cell membrane, is known as cytoplasm. It is composed of different organic and inorganic compounds like water. different nucleic acid and enzymes. The outer area of cytoplasm is more concentrate. less granular and hard, which is called Ectoplasm, and the central area, Which is less concentrated, called Endoplasm.

The function of Cytoplasm:

(a) to hold different organelles and