Rhodophyta are commonly called red algae because of the predominance of the red pigment. r-phycoerythrin in their body. Majority of the red algae are marine with greater concentrations found in the warmer areas. They occur in both well-lighted regions close to the surface of water and also at great depths in oceans where relatively little light penetrates.

The red thalli of most of the red algae are multicellular. Some of them have complex body organization. The food is stored as floridean starch which is very similar to amylopectin and glycogen in structure.

The common members are: Polysiphonia, Porphyra (Figure), Gracilaria and Gelidium. 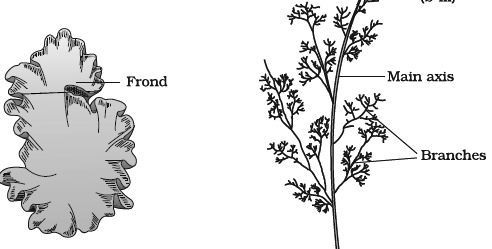 Phylum Platyhelminthes and Their Classes