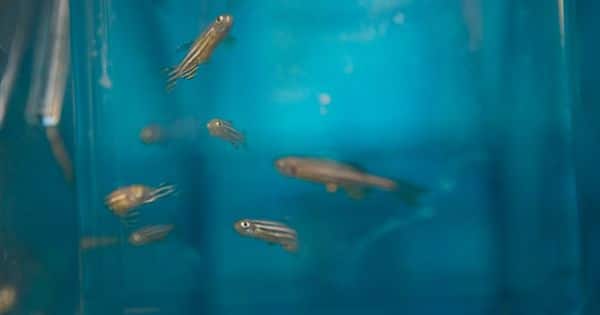 Molecular developmental biologists used zebrafish embryos to research a gene mutation that causes scoliosis, a side curvature of the spine that normally happens in humans shortly before puberty. Common in aquariums around the world, the zebrafish is native to South Asia. But the freshwater version plays a crucial role in scientific discovery in the Cincinnati Children’s Laboratory.

Oriana Zinani, a Ph.D. student in molecular developmental biology at the University of Cincinnati, is part of a team of researchers using zebrafish embryos to investigate a gene mutation that causes scoliosis, a sideways spine curvature that normally develops in humans shortly before puberty.

Research findings in ‘Nature’ show certain gene pairs protect against disease development. The patterning of the zebrafish’s spine gives the appearance of stripes; it is controlled by segmentation genes, which function as a clock.

Iconic markings are eye catching, but it is the transparency of embryonic zebrafish tissue that is most admired by researchers such as Oriana Zinani, a fifth-year doctoral student in molecular developmental biology at the University of Cincinnati College of Medicine. The pattern of the spine of the zebrafish provides the impression of stripes; it is regulated by segmentation genes that act as a clock.

Zinani is part of a team of scientists working in the laboratory of Ertuğrul Özbudak, Ph.D., Associate Professor of Pediatrics at UC and Cincinnati Children’s Hospital Medical Center. The team is researching a gene mutation that causes congenital scoliosis, a birth condition that is marked by an inability to differentiate the vertebrae and disrupted rib cages. Zebrafish embryos are fertilized and mature outside the mother’s body, making visualization of high-resolution images simpler for researchers. Zebrafish and humans share 70% of the same genes. 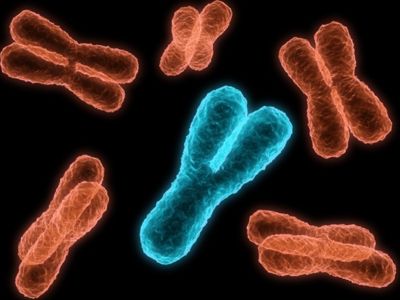 “We can see exactly what’s happening while it’s happening in zebrafish providing us with insight for human embryonic development,” says Zinani. “My research asks the question, ‘How does the zebrafish embryo robustly achieve precise development in a variety of environments that consider variables such as temperature fluctuations and exposure to different oxygenation levels?’ We realized that embryos need to develop mechanisms to filter out the noise for development, and I focus on what those mechanisms involved.”

Scientists have understood for some time that particular genes match up to the same chromosome and appear together or “co-express” in cells and tissues. In mammals, at least 10% of genes are paired on the same chromosome. Why this happened was unclear, but the team—including Zinani, Özbudak, KemalKeseroğlu, a research fellow at Cincinnati Children’s, and Ahmet Ay at Colgate University—did an experiment to isolate two genes that were coupled together to ascertain the position they might play in spinal column growth.

The team’s findings were recently published in the scholarly journal Nature. Using the CRISPR-Cas9 gene-editing technique, the research team conducted a basic experiment using a zebrafish model and isolated two genes that pair together to regulate the safe growth of the spine. Separate genes have split their co-expression. Instead of the precise section borders that we are accustomed to seeing in zebrafish embryos, we see a fused tissue that eventually contributes to a failed formation of vertebrae.

“With two paired functional genes we see normal healthy development,” says Zinani. “If this were a human the person would have no disease. If we take the normal gene pairs and separate them, without creating any mutation at all, we see disease development under environmental stress.”

Zebrafish photos of different genes show jagged vertebrae that are cracked, split, and fused, Zinani says. Zebrafish have a diseased phenotype that leads to congenital scoliosis. Researchers have raised zebrafish with separate gene pairs at different temperatures to better understand the effect of environmental pressure on growth. Paired genes lead to beneficial spinal development, particularly in the context of environmental stress. Separation of chromosomes is more likely to cause spinal deformities and congenital scoliosis in zebrafish.

“What is also exciting is many genes responsible for the development of diabetes, cancer, and autoimmune disorders also present in gene pairs in the human genome,” says Zinani. “We believe more research will show the importance of those genes maintaining proximity to their partners. If the process of having genes next to each other influences healthy development and adult life, we have a new target to consider in studying disease formation.”

Özbudak said that Zinani’s work would be helpful in future studies. “What Oriana discovered during her graduate study could shed light on why organisms maintain particular gene orders in their genome: to coordinate expression of genes functioning in same biological processes,” he said.

What is cardiovascular disease?