Lower types of plants and multi-cellular animal cells have two dumbles shaped or rod-like organelles found very close to the nucleus are said to be Centriole.

Centrioles are typically 300–700 nm in length and 250 nm in diameter. In transverse section nine fibers are seen.

A centriole is usually, in paired form and one pair of centrioles are combinedly known as diplosome. During cell division, two centrioles move to two poles. 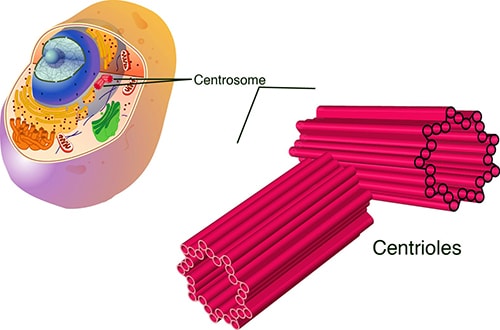 (i) Centrioles help in cell division.

(iii) It also indicates the pole during cell Division.

Define and Dexcribe on Vacuoles

Define Carbohydrate with Classification and Function