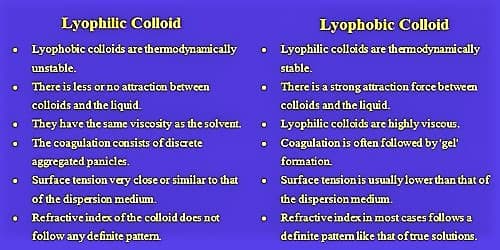 Lyophobic colloid: It forms a strong interaction between the dispersed phase and dispersion medium.

Examples: Metals such as platinum, gold, etc, metallic sulfides and hydroxides, sulfur, etc. are some examples.

Lyophilic colloid: It forms little or no interaction between the dispersed phase and dispersion medium.