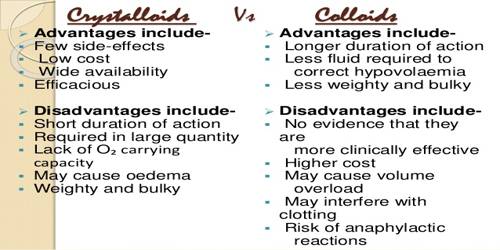 Graham divided all substances in solution into two classes:

(i) Crystalloids, like sodium chloride, sugar etc. which diffused rapidly and easily, passed through animal membranes and formed a clear solution in water.

(ii) Colloids, which diffused slowly and passed through membranes very slowly and the system is not always transparent to light. Examples of this group were gum, glue etc.

This classification by Graham is not valid anymore as Graham’s crystalloids could also be made to behave like colloids. For example, sodium chloride in fine dispersion in benzene or any such medium can exhibit colloidal properties. Moreover, smokes, emulsions, aerosols, or mists, fog etc. cannot be placed in any of the groups. In facts, all materials bodies can be convened into colloid under appropriate conditions.

A colloid may be defined as a substance in a peculiarly fine state of subdivision dispersed in another continuous medium giving rise to a large increase in surface area of the dispersed phase.

Thus colloids are two-phase heterogeneous systems, the dispersed phase present being bounded by the surface in a very fine state of subdivision in the dispersion medium (continuous medium). This definition puts no limitation as to the substances that can behave like a colloid. It, on the other hand, differentiates colloids from other states of matter in such a way that ‘degree of fineness’ of material bodies is the distinguishing feature between a colloid and a ‘non-colloid’. The qualitative term ‘fineness’ can be expressed in a quantitative form. It is, in fact, the size of the particles of matter (liquid, solid or gas) which can be dispersed or maintained in another continuous medium that decides whether such a system can exhibit colloidal property or not. For the sake of simplicity, particle size shall be expressed as the radius of the particle, assuming it to be spherical. This principle of classification is so successful that the colloidal properties associated with ‘true solution’ of high polymers can also be satisfactorily explained. It is indeed the size that counts, not the nature of the material. 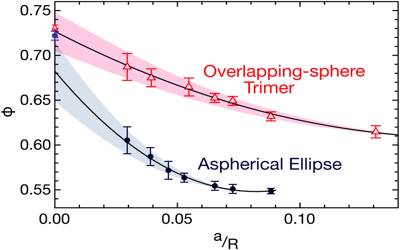 In Figure, the classification of material bodies according to their size in the dispersion is shown. It is to be noted that no sharp division is possible between the states, one state overlaps the other. In general, it may be stated that colloids have a particle size of 1 to 1000 nm (nanometer); few colloids have somewhat smaller size.