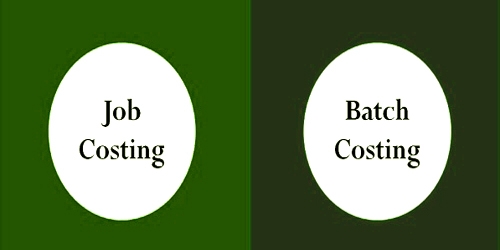 Job costing is one of the methods of costing. It is also known as job order costing. In this system, work is undertaken to customer’s specific requirements on the basis of orders. Batch costing is a measure used to determine the number of units that can be produced at minimum average costs in a given batch or production run. In job costing, the cost unit is the executed job, whereas, in the case of batch costing, the cost unit is a particular batch.

Job costing is where a unique item is being made and costs can be specifically traced to that item. The job could be large (such as building a house or a ship) or small (such as constructing a set of shelving for a room).

Often jobs are given identifying numbers, such as contract numbers or simply job numbers.

All relevant costs are labeled with that number and the total costs can be accumulated.

Different methods of Remuneration of Labor