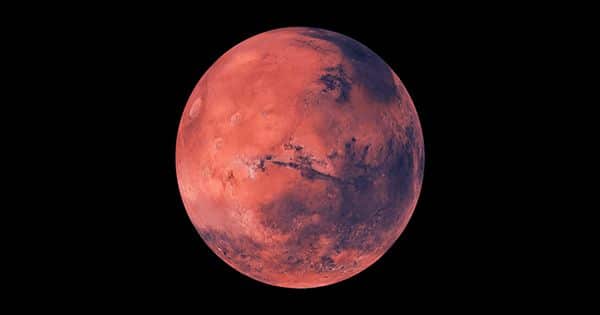 From the surface of Mars, NASA’s Perseverance Rover obtained a stunning image of Phobos eclipsing the Sun last week. The eclipse may have appeared more gloomy to any Martian microorganisms hiding up there (well, there may not be any living things out there, let alone ones smart enough to comprehend the notion of an eclipse), given the moon is destined by physics to collide with the red planet one day. The closest of Mars’ two moons, Phobos, is expected to move closer to the planet before making its last approach, while Deimos will drift further outwards until it departs the planet’s orbit.

“Phobos is approaching Mars at a rate of six feet (1.8 meters) per hundred years; at this rate, it will either collide with Mars in 50 million years or break up into a ring,” according to NASA’s Phobos page. “Scientists already know that Phobos is doomed,” NASA stated in a statement on Perseverance’s latest eclipse. “The moon is approaching the Martian surface and will collide with the planet in tens of millions of years.”

However, during the last two decades, eclipse observations from the surface of Mars have allowed scientists to improve their knowledge of Phobos’ protracted death spiral.” Our own Moon is moving away from us at a pace of roughly 3.78 centimeters (1.5 inches) every year, which means that our distant descendants (should they still be alive) would not observe a total solar eclipse in the future. From our vantage point, it will be too tiny to cover the Sun.

“The quantity and frequency of total solar eclipses would diminish over time,” NASA’s Goddard Space Flight Center moon scientist Richard Vondrak said in 2017. “The grandeur and drama of a complete solar eclipse will be seen for the final time on Earth in almost 600 million years.” The fact that our Moon is presently completely eclipsed by the Sun is a pleasant coincidence. The Sun and the Moon appear to be nearly the same size in the sky, despite the fact that the Sun is about 400 times further away from the Earth and has a 400-fold larger diameter.

Before the Moon moved to its present orbit 4 million years ago, it would have seemed three times as large in the sky as it does now. Fortunately, before we are properly detached from the Moon’s influence, the Sun will become a Red Giant and consume the Earth, depending on your viewpoint. We’re going down together.

The First Launch of a Moon Rocket Signals an Exciting Future