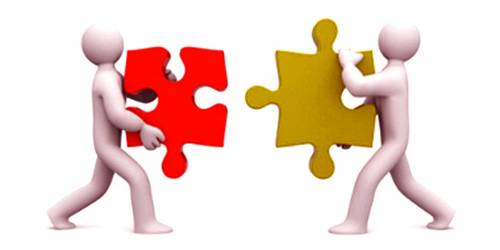 Motives of merging: Firms merge to fulfill certain objectives. The overriding goal for merging is the maximization of the owner’s wealth as reflected in the acquirers share price. Generally, the motives of mergers are to enhance the competitiveness of new combined entity in the form of synergies, growth etc. More specific motives include growth or diversification, synergy, fundraising, increased managerial skill or technology, tax considerations, increased ownership liquidity and defense against a takeover. These motives should be pursued when they are believed to be consistent with owner wealth maximization.

The following are the motivations behind any merger that occurs between the companies:

Synergy – it implies that the outcomes resulting from the merger of two companies will be greater than the sum of the outcomes that would have been achieved if the organizations had not merged.

Cost Synergy – Synergies that reduce costs through the economies of scale in various divisions of the company.

Revenue Synergy – Synergies that increase the overall revenue through expanded markets, products cross-selling and an increase in prices.

Market power – A horizontal merger in a small industry will definitely help in increasing the market share.

Importance and Necessity of Cost of Capital