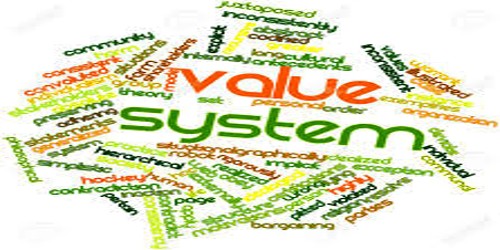 Value is the thing that shapes people’s behavior. It developed personality and behavior. It contains a judgmental element in that carries an individual idea as to what is right, good or desirable. A value is something that’s precious to certain groups of people. It could be a code or a behavior or a religion. A code like the “gentleman’s code”, you know, no borrowing without returning with interest and such. There are some techniques used by the managers to regulate managerial value system:-

(a) Value of affect behavior: A businessman values affect all that he does in business because they provide the social from on which he depends for guidance, what is desirable and undesirable, what attitudes he has toward social issues. The managers depend on his perception of reality.

(b) Guides for making value judgments: Some of the conflicting values. Which manager’s have to balance in making a decision are as follows –

(c) Business Values of management: Managerial value System give strong support to market freedom. Even though managers recognize the need for regulation adapt to it once it is established, they would prefer to have the flexibility that goes with freedom.