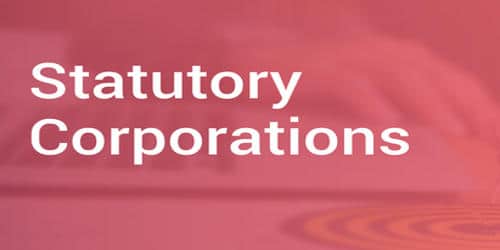 A statutory corporation is an autonomous corporate body created by a Special Act of Parliament or state legislature with defined functions, powers, duties, immunities, etc. It is also called ‘public corporation’. It enjoys financial autonomy and is answerable to legislature only which creates it. It is an autonomous body fully financed by the government.

Statutory corporations have certain distinct features, which are discussed below:

(ii) This type of organization is wholly owned by the state. They are directly under the State Government. They have the power to appropriate their profits and also bear losses if any. State provides help to such corporations by subscribing to the capital fully or wholly. The government has the ultimate financial responsibility and has the power to appropriate its profits. At the same time, the state also has to bear the losses, if any;

(v) A statutory corporation is not subject to the same accounting and audit procedures applicable to government departments. They are free from government accounting and audit control and are also not financed through government treasury. It can only discuss policy matters & the overall performance of corporations. After getting prior permission from the government, it can even borrow money within & outside the country. It is also not concerned with the central budget of the Government;

How can the problems of co-operative society be solved?