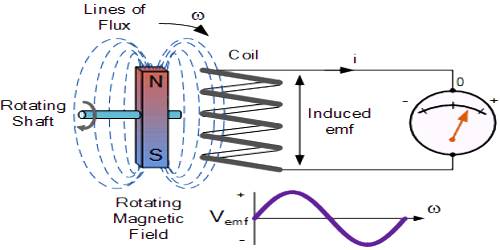 Electro-magnetic induction is the production of an electromotive force across an electrical conductor in a changing magnetic field. It is the basic principle of operation of transformers, motors, and generators. It was first discovered by Michael Faraday, who made his discovery public in 1831.

Hold a magnet in your left hand and move a closed coil with your right hand quickly towards the magnet or keeping the closed coil stationary in your right-hand brink: the magnet quickly towards the coil. Again simultaneously bring the magnet and the coil close to each other and take away from each other. Can you say what will happen in both cases? It will be seen that electromotive force or electric current has been generated in the closed coil. It occurs whenever a magnetic field and an electric conductor, such as a coil of wire, move relative to one another. That means, with the help of magnetic field electromotive force or electric current can be produced in a closed coil or circuit. This happens due to the motion of the closed coil or the circuit and a magnet. Production of electromotive force in a closed circuit by the motion of a magnet or an electric circuit is called electro-magnetic induction. 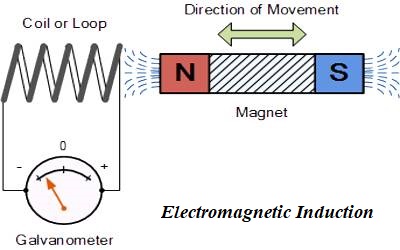 That means the process of creating electromotive force and current in a closed coil of the wire due to the influence of a moving magnet or current-carrying coil is called electromagnetic induction.