Home Physics Establishing a Relation Among different Scales of Temperature 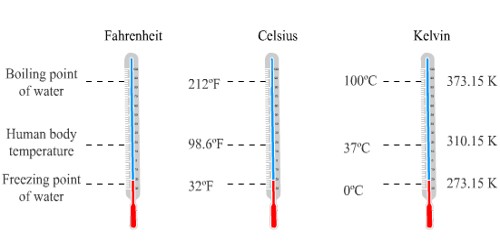 Generally, there are three common types of temperature units: Kelvin (K), Celsius (C) and Fahrenheit (F). Let A and B be the lower fixed point and upper fixed point of a thermometer respectively. 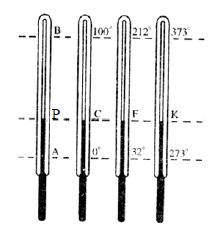 Mostly, Kelvin and Celsius are used in thermal science-related calculations.

Let’s make it simple to remember and convert:

In Summary: Quickly Convert Between Temperatures –

What is Temperature and Heat?

Derive the International scale of temperature.