Home Physics What is Pyrometer?

The device which is used for measurement of very high temperature is known as Pyrometer. The meaning of ‘Pyros’ is fire. So Pyrometer is used to measure the temperature above 500°C. Platinum resistance thermometer, Gas thermometer, Thermocouple all are the Pyrometer.

Based on radiation, Radiation Pyrometer is mainly used. Such Pyrometer need not be placed in contact with the body whose temperature is to be measured. This type of device is constructed based on Stefan’s law of radiation, E = 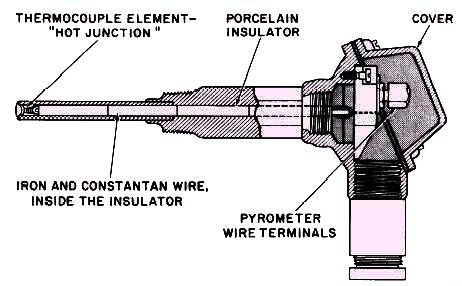 There are two kinds of Pyrometer. They are-

Explain Raise of Temperature and Internal Enerty of Body

What is meant by temperature?