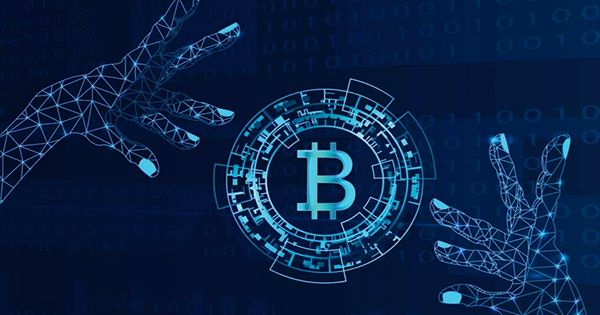 The European Union (EU) should prohibit an energy-intensive procedure used to mine cryptocurrencies, according to a top financial regulator. According to the Financial Times, Erik Thedéen, vice-chair of the European Securities and Markets Authority and Director-General of the Swedish Financial Services Authority, favors an EU-wide ban on “proof of work” cryptocurrency mining. He advocated for a shift to “proof of stake” procedures, which are far less energy-intensive.

Thedéen said “proof of work” mining has become a major issue in his home country of Sweden, with concerns that the practice could jeopardize climate goals since it consumes so much electricity. “Ban proof of work,” Thedéen suggested as a remedy. “The energy profile of proof of stake is much lower.”

He went on to say, “We need to have a discussion about transitioning the industry to a more efficient technology.” If all of these technical terms are confusing you, here is a quick (and very easy) explanation: bitcoin transactions are validated and recorded on a public digital ledger known as the blockchain, which is shared by everyone in the system. Proof of work and proof of stake are two distinct methods for safely confirming blockchain transactions.

In proof of work protocols, computers compete to solve extremely difficult mathematical problems in order to generate new blocks in the chain (essentially, to add a record of each transcription to the ledger) and verify the transactions. The solver of the riddle receives newly minted cryptocurrency as a reward for providing their computational power to the network. While this can be profitable on a broad scale, all of this competitiveness and computer power necessitates an enormous amount of energy.

As a more energy-efficient alternative to the original method, proof of stake was devised. Rather than competing with supercomputers, new block makers judged on the size of their stake in the network (how much “money” they have put in the system, essentially). They paid a transactional fee rather than directly compensated for their contributions to the blockchain.

It still takes a significant amount of processing power, but not nearly as much as proof of work. Some of the most popular cryptocurrencies, such as Bitcoin and Ethereum, rely on energy-intensive proof-of-work protocols, while Ethereum has begun rolling out an update called Ethereum 2.0, which includes a move to proof-of-stake.

Cardano, Avalanche, Polkadot, Solana, Algorand, and Tezos are some of the most well-known proof-of-stake platforms. The impact of cryptocurrencies on energy consumption and the environment has recently received a lot of attention. Mining for bitcoin was expected to consume more electricity than the entire country of Argentina last year. In addition to worries about energy use, cryptocurrency mining necessitates a large number of computer mining rigs, resulting in massive amounts of electronic waste. A single Bitcoin transaction generates 272 grams (9.59 ounces) of e-waste, totaling 30.7 metric kilotons of e-waste per year.