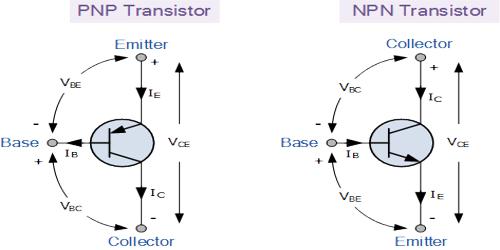 In figure (a) and (b) electric circuits of a “n-p-n transistor” have been shown. The emitter-base junction, in the left of the figure, has been kept in forward bias. So, n-region is more positive than p region. As a result electrons from is-region can easily come to the p region. That means, electrons from the emitter come to the base. Hence emitter current IE is produced. As electrons enter into the p-type base region so holes in that region intend to combine. But since the base is very thin only a small amount of electrons (about 5%) combine with holes and generate base current IB.