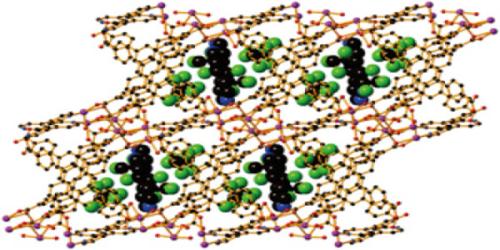 Molecular range: We know, cohesive force is inversely proportional to the square of distance between the molecules. As distance increases, the force decreases rapidly. It is the maximum distance upto which a molecule can exert some measurable attraction on other molecule. The maximum distance at which the cohesive force is active between the two molecules is called molecular range. It’s probably the range of molar masses (grams/mol) of some group of compounds/molecules.

This distance is approximately 10-9 m, in solids and liquids and it depends upon the nature of material. If a sphere is drawn with this molecular range as radius, then that sphere is called sphere of attraction. That molecule will be influenced only by the molecules inside that sphere. It is considered that a molecule outside this sphere does not have cohesive force on this molecule.

Experimental Example: When a brush is dipped inside water or a colour, its fiber gets separated. Again, when the brush is taken out of water fibers attached to each other. Why?

Ans: When the brush is taken out after dipping in water, a thin water film gets struck between two fibres. Due to surface tension of water area of the film tries to reduce the area. As a result, fibres get struck to each other. As there is no surface tension inside water, so fibres become separated.